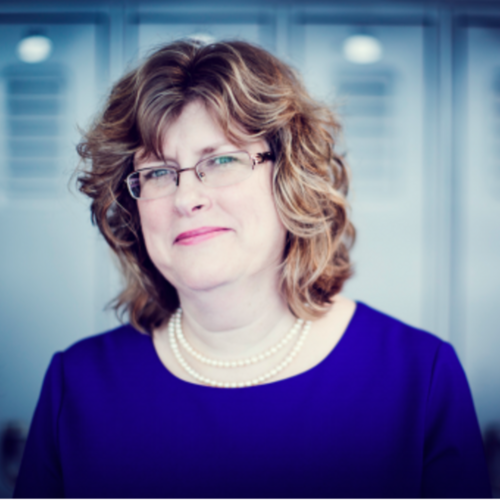 Ann Marie Vaughan was appointed President and CEO of Loyalist College in 2016.

Ann Marie has been honoured internationally for her contribution to distance education and educational technology and was chosen as a participant in the 2004 Governor General Canadian Leadership Conference. In 2015, she was recognized as a Top 50 CEO in Atlantic Canada.

Since coming to Belleville, Ann Marie continues to be active in her field as Chair of the Management Board for College Employers Council and International Chair of Entrepreneurship with World Federation of Colleges and Institutes. Closer to home, she serves as a Rotarian and as Secretary of Rotary Music Festival, on the Board of the Belleville Chamber of Commerce and President of Quinte Figure Skating Club. She is a certified Skate Canada judge.

On April 11, 2018, Dr. Vaughan was appointed to serve as an Honorary Colonel in the Royal Canadian Air Force and is affiliated with 426Training Squadron, 8 Wing, CFB Trenton.